People are so accustomed to being misdirected by their GPS devices that one would hardly notice if it had been hacked to detour one into a gradually-narrowing dark lane for nefarious purposes.

The other day, I heard a radio comedian wittering about "'Say, what's in this drink?' Well, they didn't have roofies back then." This is true. But they did have "putting several times more alcohol into a mixed drink than one would expect". Or whatever. Clearly, the woman is finding that her drink isn't what she's expecting, and finds it concerning.

Like "Have Some Madeira, M'Dear", this song hasn't aged well.

Though hearing it sung by Ricardo Montalban, my internal response to "what's in this drink?" involves Corinthian leather, coffee, and CREEETURES. 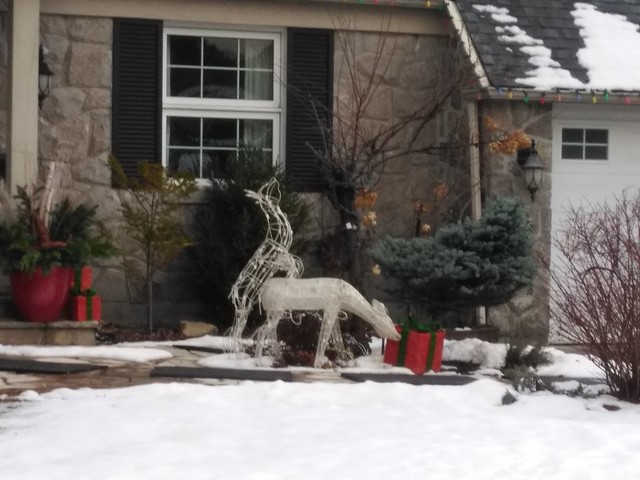 This isn't a trick of perspective; that's the way they're set up.

I firmly believe that at any institution that serves meals, all personnel should be required to eat that institution's food, for a full work day, at least once a month.

Under the same conditions that all the "regular" people get it. If you're working in the kitchen, you don't get your institutional meal fresh from the kitchen. You get it after it's been sitting in the delivery units in the hallways (or whatever), immediately after the meals have been served to all of the "regular" people. So you get the full experience.

Context: My father just left the hospital, earlier than the doctors and therapists thought was advisable. Part of that was the terrible, terrible food, that even the doctor thought was terrible and was entirely forthright about not wanting to offer excuses for. 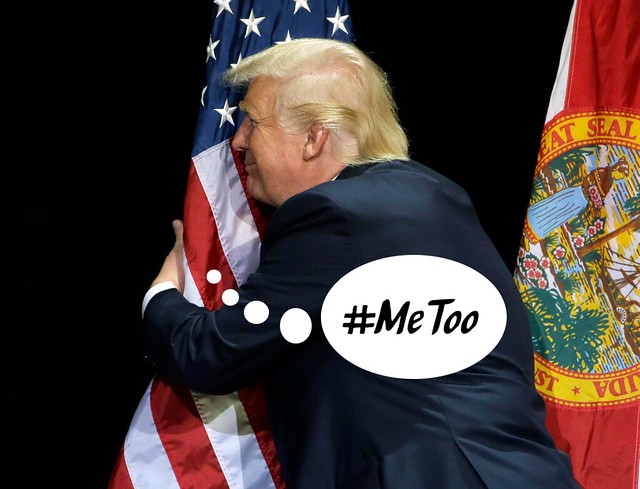 This trade war national-security thing has a simple solution.  We just craft a formal treaty, solemnly promising that Canada will not burn down the White House a second time.

A guy just pulled up in my driveway and rang the doorbell, to thank me for putting up my signs.  "I totally agree with you.  Ford is."

I asked him if he'd like the links so he could make up his own copies.  He hesitated, then said, "No, I've already got signs up for Roberts."

That would be Jeremy Roberts.  Our Conservative candidate.

I really don't get it.  But if it makes the guy think about the issue, I may have done some good. 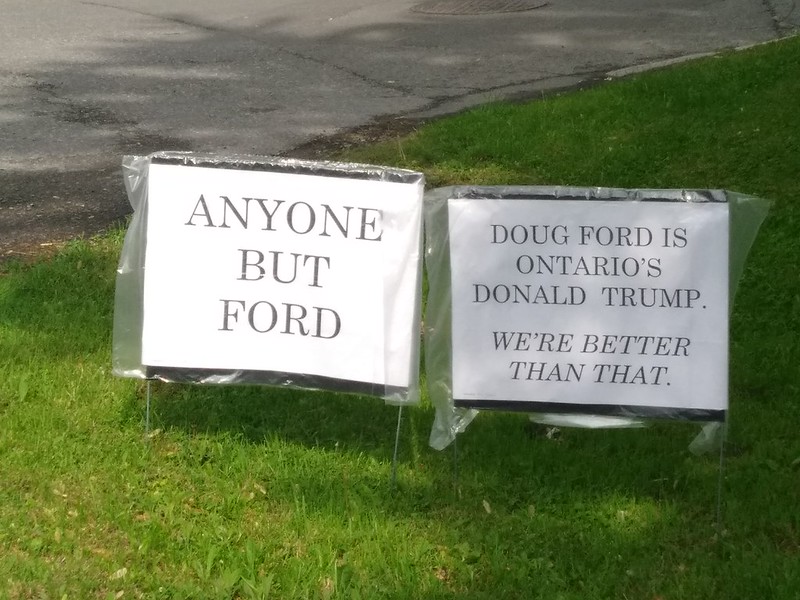 I heard back from Elections Ontario regarding making my own lawn signs.

You can create and display your own lawn sign, however please note that all political advertising must name the entity/person authorizing the advertising. No specific language is required for the authorization but it must be apparent what person or entity has caused the advertisement to appear and any other person or entity that has sponsored or paid for it. An example of appropriate authorization wording is “Authorized by the XYZ entity”.

During the blackout period [includes the day before polling day and polling day for all elections], lawn signs displayed are not considered to be paid commercial third party political advertising and can appear at any time.

This is a link to a Google Docs document with the "Anyone But Ford" sign, letter-sized.  This is for 22"x17" ("C" paper) signs, and this is for 24"x18" ("Arch C") size.  The lawn signage that consists of a plastic sheath over a sturdy wire frame is usually 24"x18".  It's illegal to disturb (legal) election signage, but these signs are often used for illegal commercial advertising (AKA "street spam"), and repurposing some of those would be helping to keep your neighborhood tidy.  I'm hoping to get my signs up tomorrow once I've got them printed.

There will also be the matter of setting up a camera to watch them.  Might as well catch a few Ford Nation types vandalising them, while I'm at it.

I'm looking into the legalities of making my own lawn signs...

There are a lot of blue (i.e., Conservative) lawn signs in my neighborhood.

A friend of mine chatted with our Conservative candidate at her door for a few minutes. The best thing that candidate was able to say about Rob Ford, his own party leader, was "He's not his brother." Well, yay for that.
Collapse